Adress of the COB

A letter from the Chairman of the Board to shareholders – a look back over the past decade.

I have been the Chairman of the Board at HS Orka for 10 years. This letter to shareholders will probably be my last due to the decision made this year by the majority shareholder of HS Orka, Innergex Renewable Energy Inc., to sell its 53% share. I would like to look back over the past decade and review the main issues that I have encountered with the company as well as taking a look at what the future holds. 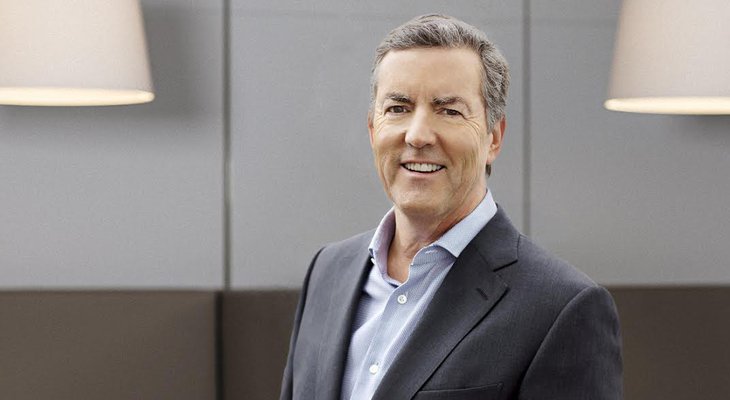 Ross Beaty, Chairman of the Board

I believe that HS Orka is the strongest it has ever been.

I would like to begin by expressing my gratitude at having had the privilege of working with the people at HS Orka and the company’s board of directors. It has been a great pleasure for me to witness the professionalism and friendship that exists among the outstanding individuals who make up the company’s management team. In particular, I would like to mention the CEO of the company, Ásgeir Margeirsson, who has always had HS Orka’s best interests at heart in all of his endeavors. We have had a unique relationship during the time we have worked together, a relationship characterised by trust and loyalty. I am extremely grateful for the contribution and support of the board members appointed by HS Orka’s principal owner, Jarðvarmi, namely Anna Skúladóttir and Gylfi Árnason. I would also like to mention a few of my colleagues in Vancouver who have made their own contribution to HS Orka, in particular Lyle Braaten, Lynda Freeman and John Carson. Lyle contributed to the successful conclusion of the arbitration proceedings against Norðurál; Lynda and John sat on HS Orka’s Board of Directors as Alterra’s representatives and played a major role in the company’s financial management. Finally, I would like to thank Jarðvarmi for their contribution to the company during the time that I have served as Chairman of the Board.

My tenure at HS Orka began with the majority purchase of the company by Magma Energy 2009-2010 (which changed its name to Alterra Power in 2011, and then became Innergex Renewable Energy when Innergex bought Alterra in 2018). At first, it was a rocky road as the singer Björk objected to the acquisition of HS Orka by a Canadian company shortly after the Icelandic financial collapse in 2008, resulting in an uninformed attack both on Magma and me personally. I hope that I have been able to demonstrate my abilities as Chairman and I believe that good decision making and an effective organizational framework have enabled HS Orka to develop geothermal energy sources in a responsible manner, not only for the benefit of the company’s shareholders, but also for the Icelandic state and nation.

I would like to mention three things that stand out when I review my time as Chairman of the Board at HS Orka. The first was the successful conclusion of the case regarding Norðurál after a total of three litigations. This involved a great deal of unnecessary cost and work. However, the final victory allowed us to concentrate on building a future without the shackles that the contract and its unattainable conditions entailed. The second was drilling the deepest high-temperature well in the world in Reykjanes in 2016-17. Drilling revealed a geothermal system far beneath the system currently being utilised, offering fantastic opportunities for future energy production in Reykjanes. The project demanded a lot of hard work and I would like to thank all those who contributed to this achievement. The third and final thing I would like to mention is two projects that were launched in 2017-18, which I refer to as a giant leap forward for HS Orka, which are the development of Brúar Power Plant and the 4th phase of the Reykjanes Power Plant. I would like to thank all members of the management for their enthusiasm in these projects and also Arion Bank for their financial support. At this time, I would like to take a moment to praise the Blue Lagoon, in which HS Orka holds a 30% stake, and especially Grímur Sæmundsson, who has managed to create a world-class spa, which has become Iceland’s most popular tourist attraction. This is an amazing feat and I have enjoyed witnessing this from the side-lines.

I believe that HS Orka is the strongest it has ever been. The capacity of the company’s power plants are being fully utilised, energy sales have never been higher, power plant projects are fully financed, construction projects have begun and opportunities for further growth are in sight. What a moment to hand the reigns over to the new chairman and new majority shareholders to lead the company into an even brighter future.

Companies are not only successful because they are profitable. A company’s success is also dependent upon what it contributes to society, by making environmental protection one of its main goals, by providing its employees with a safe and healthy working environment and by promoting prosperity within the community that surrounds it. HS Orka is just such a company and I am proud to have been able to work with the excellent people who have fostered its development. I feel proud of our achievements and have enjoyed being in Iceland. I offer my best wishes for a future where renewable energy sources and human resources come together t

CEO Statement
Overview of the year